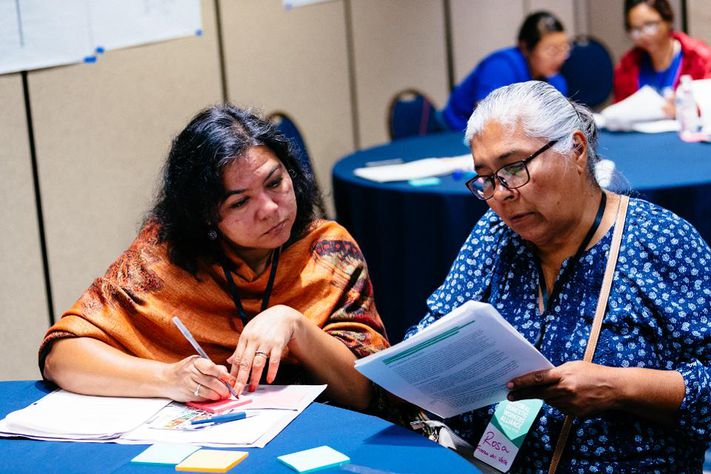 When we think of the jobs of the future, we often think first of technology-focused occupations. But one of the oldest occupations — domestic work — has a firm place in the jobs of our future. The Bureau of Labor Statistics has projected home care as one of the fastest growing occupations in the US between 2018 and 2028. With 10,000 people turning 70 every day and more families with two working parents, domestic work — including in-home child care, elder care, and cleaning — is projected to add over one million new jobs to the US economy over the next decade.

Working behind closed doors, beyond the reach of personnel policies and minimum wage regulations, and often without employment contracts, the unregulated markets of domestic work can seem like the wild west. Women of color and immigrant women comprise a large portion of domestic workers; the poor working conditions they contend with further reflect the widespread social, racial, and economic inequities in our society.

The National Domestic Workers Alliance (NDWA), one of the nation’s most dynamic social change organizations, has worked tirelessly to elevate domestic work and the women who enable others to go to work. NDWA employs multiple strategies to improve domestic work jobs including organizing workers in communities across the nation, legislative efforts to lift worker rights and protections, and narrative and culture change through partnerships with popular culture storytellers and content creators, such as Participant Media and the Academy Award-winning film ROMA. Since its founding in 2007 — when many existing mechanisms for improving conditions for workers, like collective bargaining, were not yet available to domestic workers — the NDWA has been a home for innovating, piloting, and establishing new policy frameworks, organizing strategies, and partnership models; charting a path forward out of the shadows.

About five years ago, the domestic worker movement established NDWA Labs as the in-house innovation arm of the movement. NDWA Labs focuses on harnessing the power of technology and markets to organize workers and improve their jobs. Over the first few years, NDWA Labs focused on building its own products and technology, including the nation’s first portable benefits platform Alia, which makes it easy for clients to make contributions to house cleaners’ benefits.

Today, to optimize and expand the ways in which domestic workers can shape their own industry (and destiny), NDWA Labs is entering an exciting new terrain: the investor community.

With a $5M seed investment from the Quality Jobs Fund of the New World Foundation, NDWA Labs will begin providing patient and flexible capital for ideation, pre-seed, and seed stage entrepreneurs, and incubate new ventures that have a clear path to impact to improve job quality for the domestic workforce. I sat down with NDWA Labs Founding Director, Palak Shah, to find out more about this new leap.

Read the full article in Forbes.